We want you to know Menorca through our eyes.

EN
My Booking
EN
My reservation 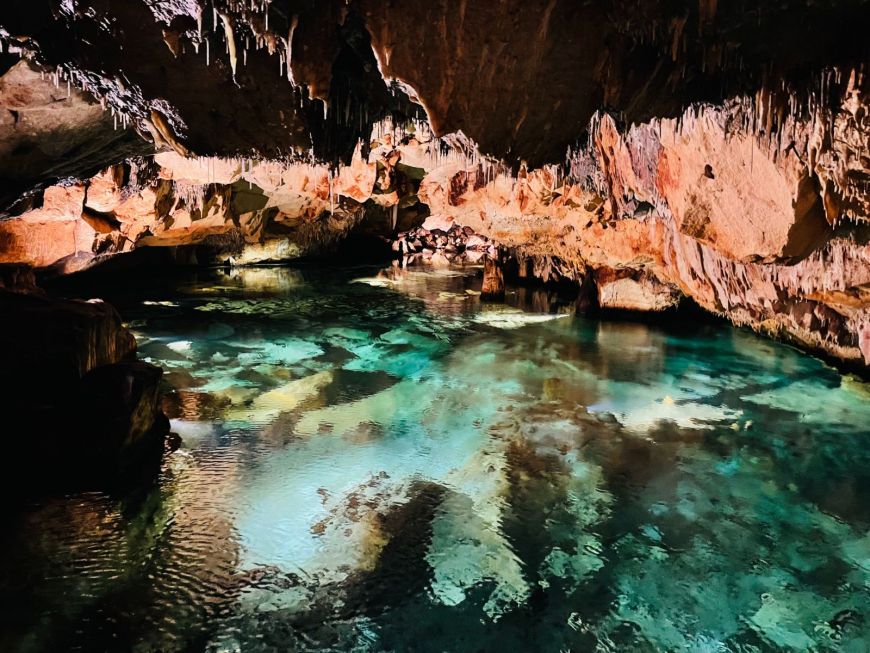 A marvel in front of the hotel

Today we want to tell you a different story. A story that, due to its location, is very close to places such as the Sagitario Playa Spa and the Vista Playa I and II apartments. But, for time, we have to go back thousands of years.

A small staircase descends towards the bowels of the pine forest that serves as a green area for our Hotel Spa Sagitario Playa. It is a short section, it even seems that there is not much to see behind the wrought iron gate on which some letters of the same material read "Cova de S’Aigua". However, it is in the most hidden places where Menorca displays its maximum beauty. In this case, in the form of underground caverns with the only open lake on the island. They are 110 meters long in which you can see geological formations that are still intact after thousands of years of human invasion. In 2021, the entrance to the cavity will finally be in a controlled and fully informative way, with guided tours that explain the history behind the rock. You can visit this unique enclave on the island for a price of 10€, but you'll find some discounts for children in the booking site.

We could say that Menorca is like a Gruyère cheese, if we talk about geology. Formed largely by a limestone called "marès", permeable and soft, the land is eroded both on the surface and underground. This is where the spectacular Cova de S’Aigu comes into play. The excavations that have been carried out to build the route that can now be visited, have shown that the cave was used already in pre-Talayotic times. Neither more nor less, about 4,000 years ago. The materials and archaeological remains that have been found demonstrate this.

Menorcans have continued to use the Cova de S’Aigu throughout its history on the island. That is why, during the works to make it visitable, the remains that appeared are a journey through the history of the different cultures that inhabited Menorca. From Roman ceramics to Punic and Islamic materials. Passing, also, much more current materials, such as plastic and glass waste, the result of the use as a landfill that was given to the cave before being closed tight to preserve its formations. Inside the large lake, now illuminated, an English-carved bronze lamp was found, from when the British conquered Menorca in the 18th century.

After a period of more than 10 years in which residents and merchants of the Cala Blanca area have been involved, local administrations have managed to reopen the doors of this hidden treasure underground.

It has not been easy, since the works necessary to make the tour accessible and sustainable with the environment have been delicate. In addition, aware of the existence of other nearby caves, much larger and very well preserved, they have led to future projects to open a whole network of caverns that now remain hidden under our feet. But that, in the future, could give more charm, if possible, the urbanization of Cala Blanca.